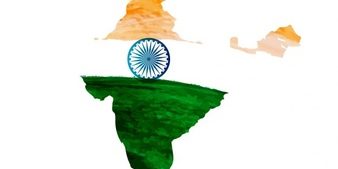 Over the past five years, India has witnessed several macro developments and changes at the micro level. Improved economic growth potential and progress on nonperforming asset restructuring on the one hand, juxtaposed against a constrained funding environment on the other, is now making the risk-return proposition a little more realistic and comparable to the rest of Asia. That said, the various risks relating to investing in India remain significant, and therefore best addressed by ADM Capital’s diversified approach to investing across various developed and emerging markets of Asia.

ADM Capital was one of the earliest offshore private credit managers to venture into India, investing and exiting 14 structured investments totaling over USD536m in various sectors between 2004 and 2016, with positive returns despite steep challenges including the global financial crisis and India’s own domestic problems, policy deadlocks, tax disputes, and wavering investor confidence in the economy during this period.

India has witnessed several changes at the macro and corporate level over the past five years. Economic growth, which was artificially stunted at 4-6% throughout 2011-2014 following a domestic political crisis, has resumed on-trend growth, with macro economists forecasting 7-8% for 2019, even under conservative market conditions, including the uncertainties associated with an election year. Capacity utilisation rates are reportedly at their highest in over seven years. Structural improvements should also help boost India’s business environment over the longer term – The World Bank’s “Doing Business Survey” for 2019 showed that India jumped ahead by 23 places to rank 77th out of 190 countries. India is also one of the few Asian countries that is not particularly exposed to protectionist policies of the US, since its exports to US accounts for <2% of GDP.

Such macro growth in a supply constrained economy like India has allowed the demand for credit to flourish. This has subsequently attracted consumer multinationals like Walmart, Amazon and IKEA into the market, which over time, should modernise supply chain networks and accelerate consumption. The number of households active in India’s consumer economy has grown to 122m today from 100m in 2015, with GaveKal research predicting it to rise at an accelerated rate to reach around 312m by 2030 in a medium growth scenario, with some segments of the consumer market set to grow disproportionately fast as incomes rise and the structure of demand shifts. In parallel, revisions in the bankruptcy code on NPL restructuring in 2016 that favour lenders, together with improved efficiency of the process, has increased the demand for restructured assets via white knight financing and court assisted restructuring.

In contrast, on the funding side, numerous corruption scandals at large state-owned banks coupled with asset – liability mismatches in the crowded non-banking financial companies (NBFC) sector have crimped these institutions’ willingness to lend to any but the most blue-chip of borrowers, and for extremely short periods. This has been offset to some extent by the strong growth in foreign investments, with over USD38bn of inbound deals executed in 2018. ADM Capital believes there is still a funding gap for mid-sized corporates.

It is expected that such a demand-supply imbalance will be conducive to growth in private credit opportunities. However, ADM Capital remains cautious about the various political, currency and inflation risks, volatile investor interests and complexities arising from the size, lack of homogeneity, and continually evolving regulation, all of which can easily and significantly impact returns.

Established in 1998, ADM Capital has developed multi-sector experience across the spectrum of credit strategy, including distressed, high yield, NPLs, private credit and special situations throughout developed, emerging and frontier Asia Pacific markets. In recent years, ADM Capital’s lending strategy has focused on bi-laterally negotiated private loans, supporting companies in growth and special situations who are unable to obtain financing via traditional channels. The vast majority of opportunities are sourced via proprietary networks.

This experience suggests ADM Capital is well equipped to consider India for future investment. The strong relationships we have developed in prior years help in sourcing transactions, providing ready access to expert views and collaborations. Secondly, ADM Capital’s two decades of credit experience across Asia Pacific provide knowledge of a wide array of well-tested financial structures that work for all stakeholders. Thirdly, our presence in various markets facilitates the identification of cross border opportunities that have significantly lower competition from other funding sources – in this regard, ADM Capital is seeing numerous opportunities that involve the Indian diaspora in numerous regions (e.g. US/Middle East/Singapore) seeking to expand their business in India. Finally, and of great importance to ADM Capital, India is slowly beginning to generate investment opportunities that are both commercial and responsible, achieving various Sustainable Development Goals, for example financial inclusion, health, clean energy, innovation and infrastructure, and sustainable cities among others.

ADM Capital is a sector agnostic lender, however, eschews heavily polluting, environmentally destructive sectors and those considered to negative ESG impact e.g. alcohol, mining, weapons, tobacco, and so on. ADM Capital aims to avoid competing with or crowding out traditional funding channels, and is currently observing a number of trends in the funding needs of mid-sized borrowers, largely reflecting the overall credit macro environment:

India remains a complex market with heterogenous practices, frequent changes and multiple investing environments. ADM Capital observes an evolving business environment, reflected via various regulatory changes, including the bankruptcy code, removal of several barriers to doing business, and the efforts to provide infrastructure support to fulfil the growth potential. ADM Capital will continue to monitor various trends and opportunities in mid-sized companies and review the same for potential investment, proceeding with caution in the face of significant political risks relating to the elections this year.

Back to All Insights

Asia Private Credit in 2023 – The Year of the Rabbit

Accounting for Biodiversity: Towards measuring and valuing the biodiversity impacts of financial investments

Terms of Use. Copyright © 2023 ADM Capital. All rights reserved. Built By Cheddar Media

The information contained in this website is not intended and should not be used or construed as an offer to sell, or a solicitation of any offer to buy, securities of any fund or other investment product in any jurisdiction. No such offer or solicitation may be made prior to the delivery of definitive offering documentation. The information in this web site is not intended and should not be construed as investment, tax, legal, financial or other advice.

The funds described in this website (each, a “fund”) are not subject to the same regulatory requirements as mutual funds, including mutual fund requirements to provide certain periodic and standardised pricing and valuation information to investors. There are substantial risks in investing in a fund. Persons interested in investing in a fund should carefully note the following:

The above summary is not a complete list of the risks and other important disclosures involved in investing in funds. Before making any investment in a fund, investors are advised to thoroughly and carefully review offering documentation with their financial, legal and tax advisors to determine whether an investment is suitable.

By entering our site, you acknowledge that you have read and agree to these terms and conditions.